“Thanks so much for going above and beyond my, and I am sure the academy’s expectations in providing a quality tour of Saipan and Tinian. Your attention to detail and ability to remain fluid during the tour was very appreciated. I really enjoyed looking at the images and video clips you captured of the trip, and I look forward to working with you again in the future!” — David Anderson, Outdoor Focus LLC

From July 31 to August 5, 2022, I had the honor and pleasure of hosting a cultural and history tour for a special team from Annapolis, Maryland! Here are some photos and video screen shots from that adventure. We’ll start with some of the local media coverage. (You’ll have to get certain details of the trip as well as the identities of the participants from the local media coverage as I have to be careful about what I reveal in the actual text of my blog.) 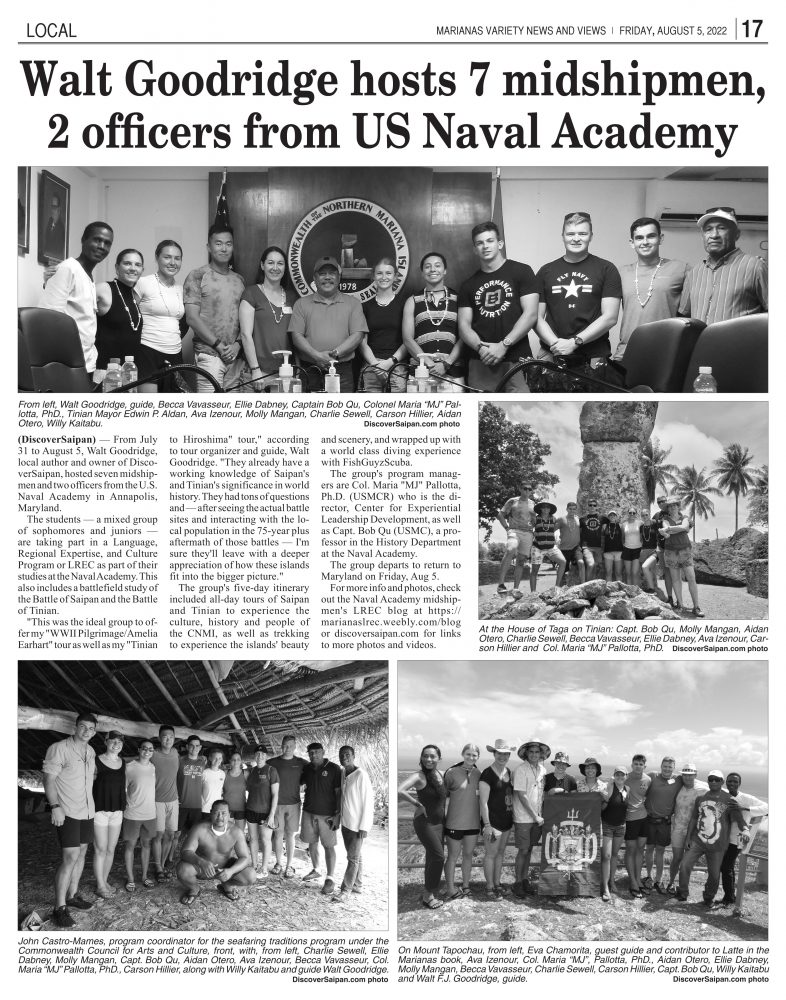 Thanks to Zaldy Dandan (Marianas Variety editor) for his generosity!

The day prior, we appeared on the front and second pages of The Saipan Tribune! Read online

Thanks to Jayvee Vallejera (Saipan Tribune Editor), and Tribune correspondent Aldwin Batusin, as well as Zaldy Dandan (Marianas Variety Editor) for their generosity getting the stories out in time for the team to grab a few copies of the papers while still here on Saipan as souvenirs of their trip!

“It was a great story and well worth the Page 1 and Page 2 placements.”—Jayvee 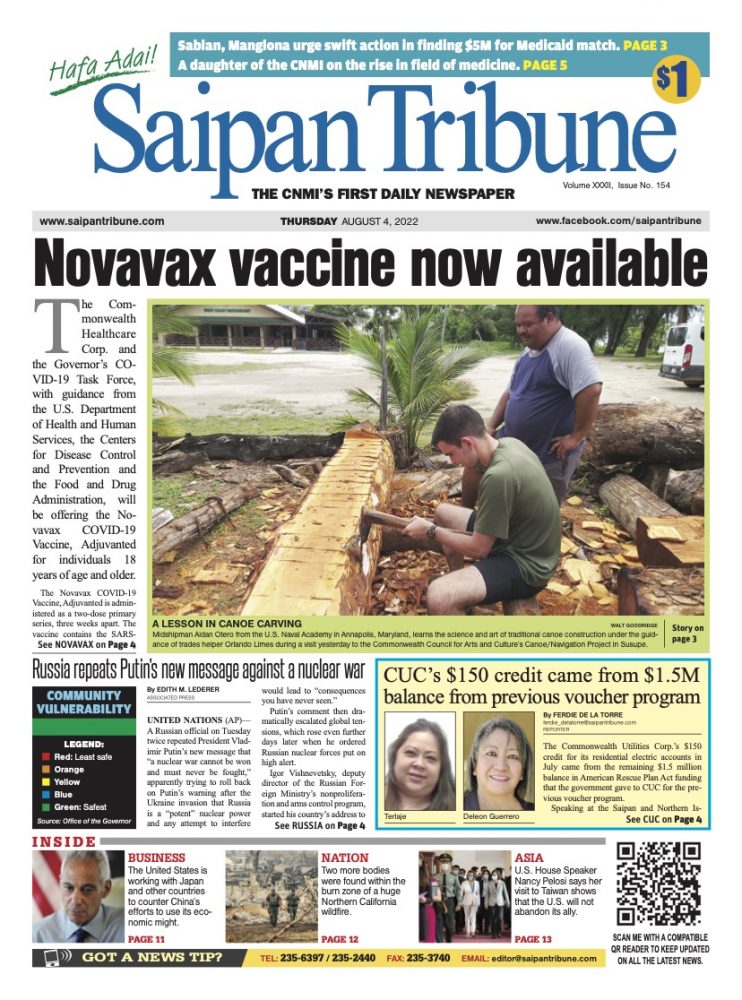 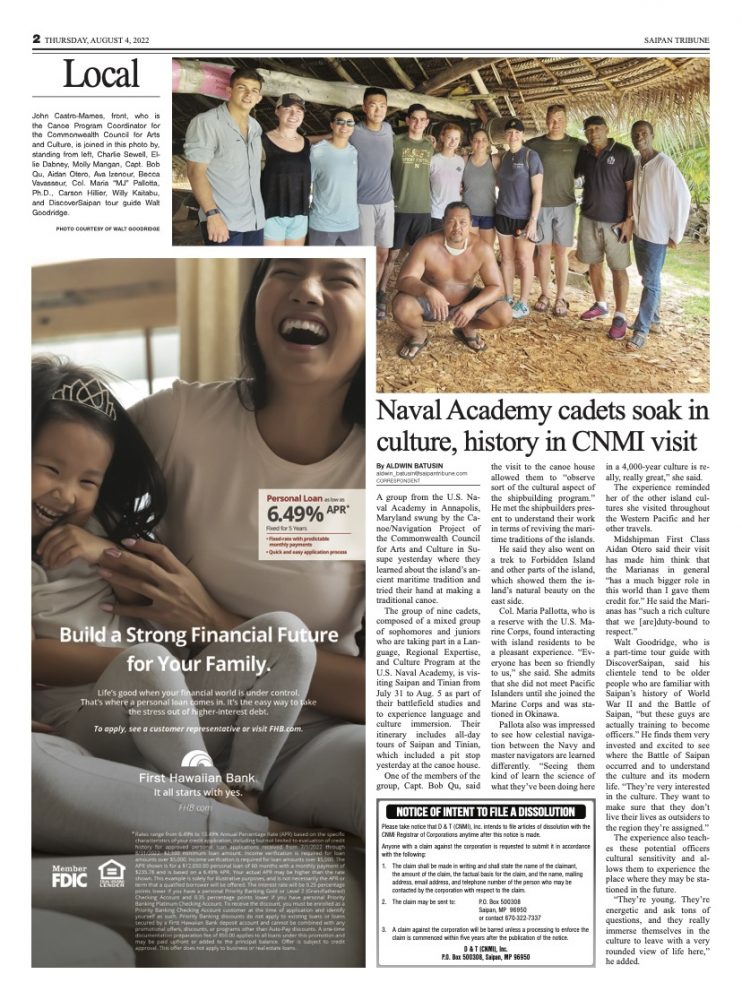 We also appeared on the Mayor of Tinian’s Facebook page!

Thanks to Mayor Edwin Aldan for making time in his schedule, and Berni Palacios for arranging the Meet & Greet! Thanks also to Mr. Jose Kiyoshi for helping us find our way when we showed up! (More on the DAY 2 blog post)

Stay tuned! There’ll be many more people in the community whose participation and support made it a great success!

The group typically starts each day with a quote and discussion for motivation. 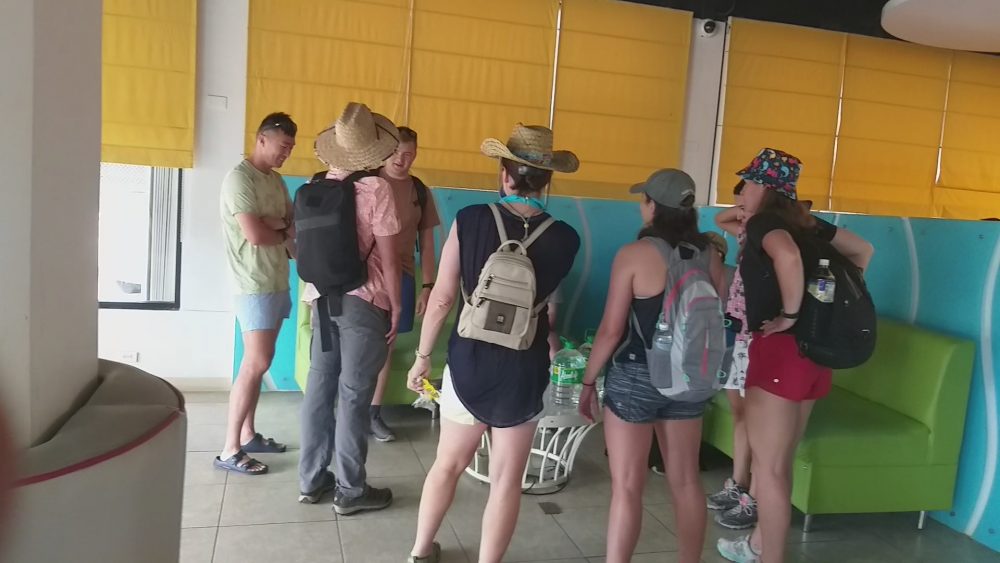 The morning ritual in the hotel lobby

We then loaded into a van and started our tour with an orientation at Micro Beach. 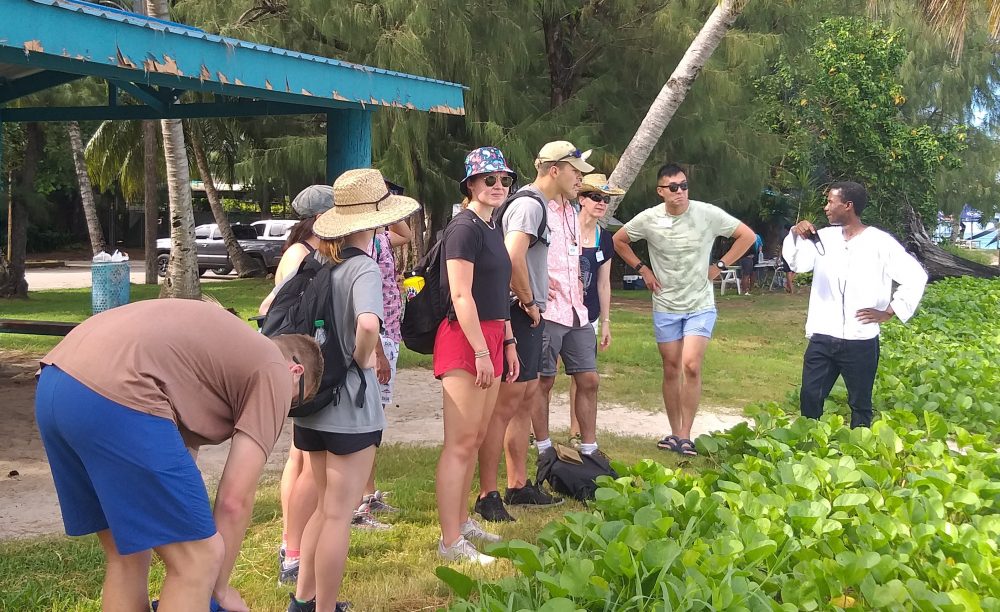 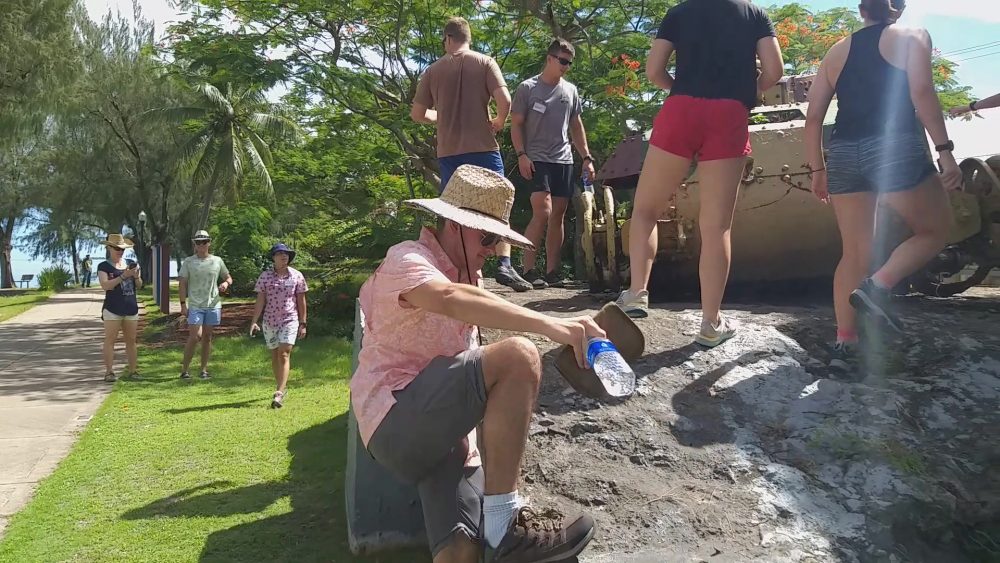 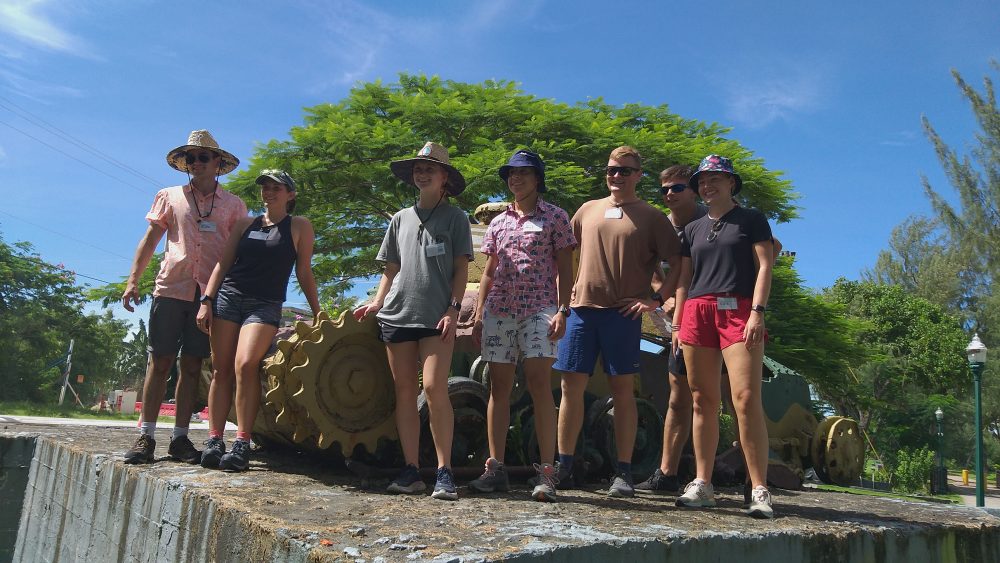 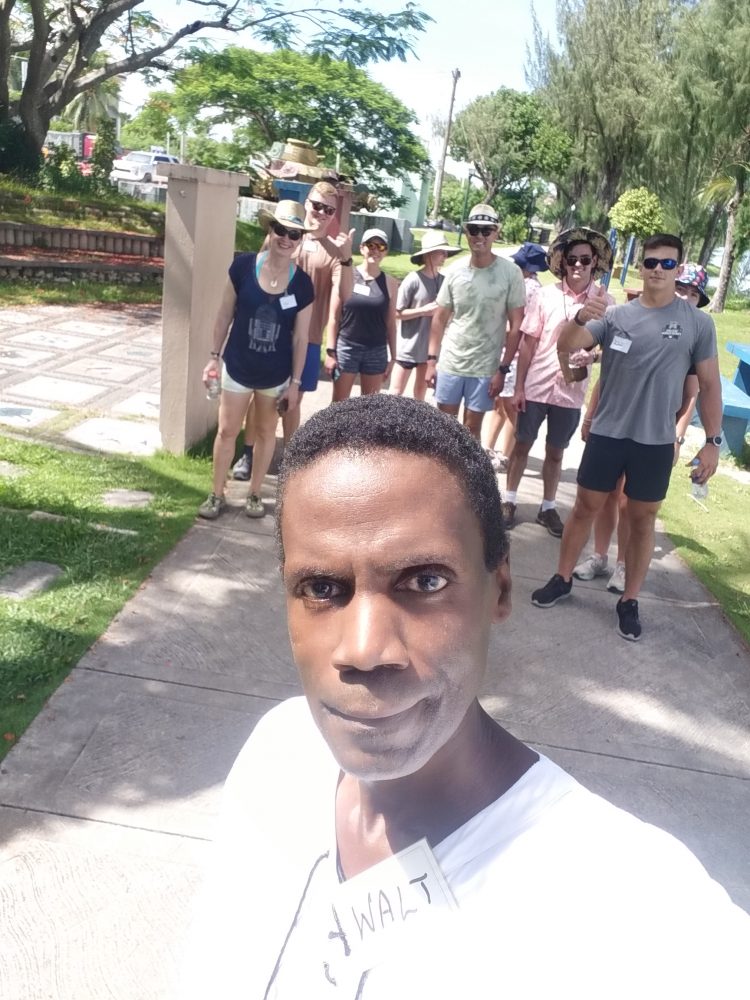 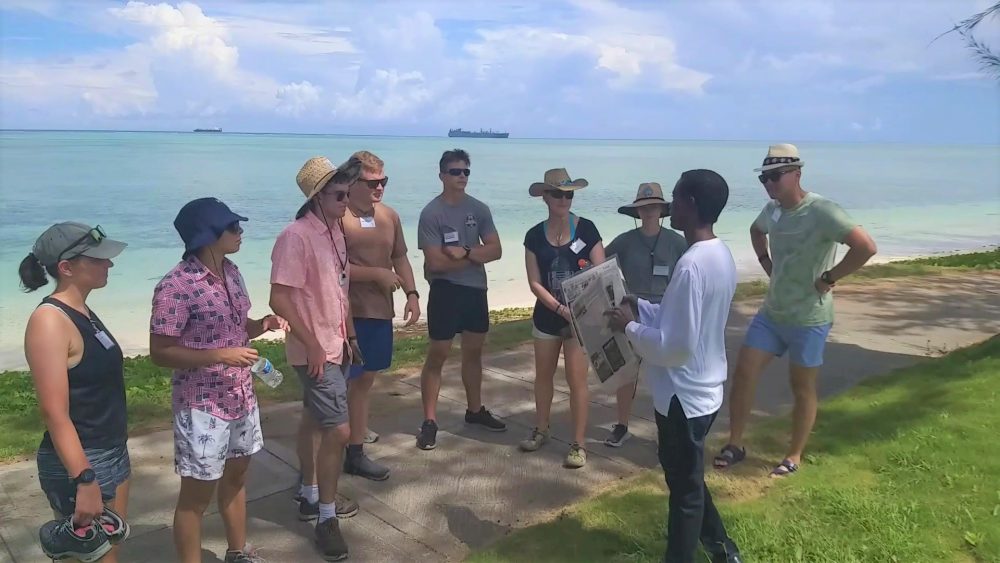 More details about the landing beaches 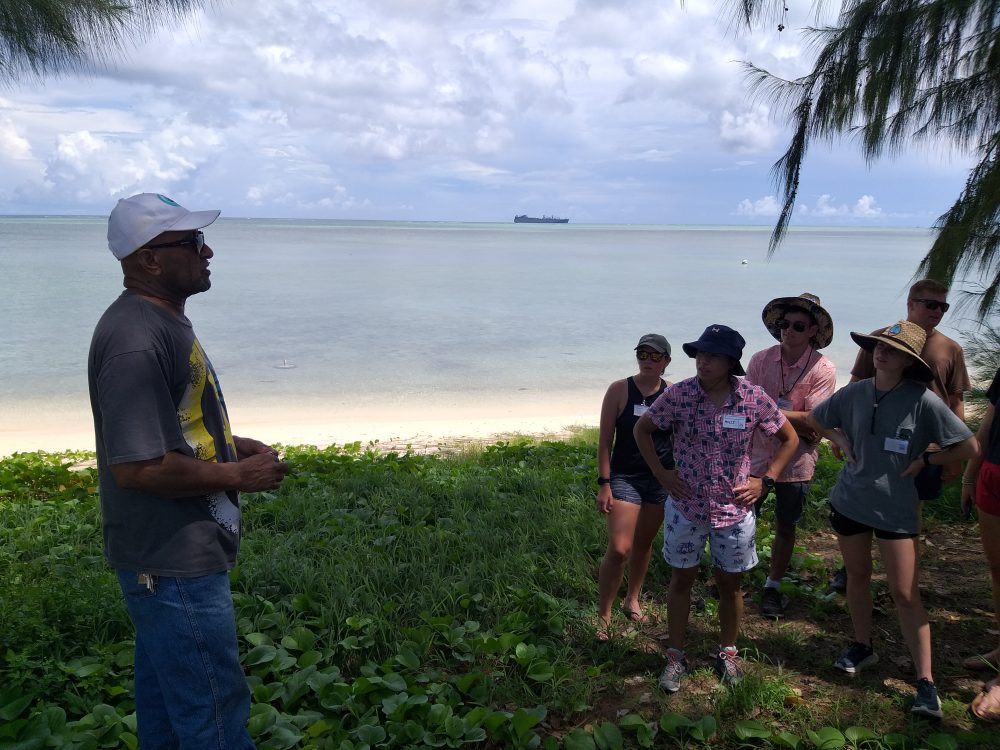 Willy K., volunteer driver for the day, shares his thoughts as a Fijian on Saipan 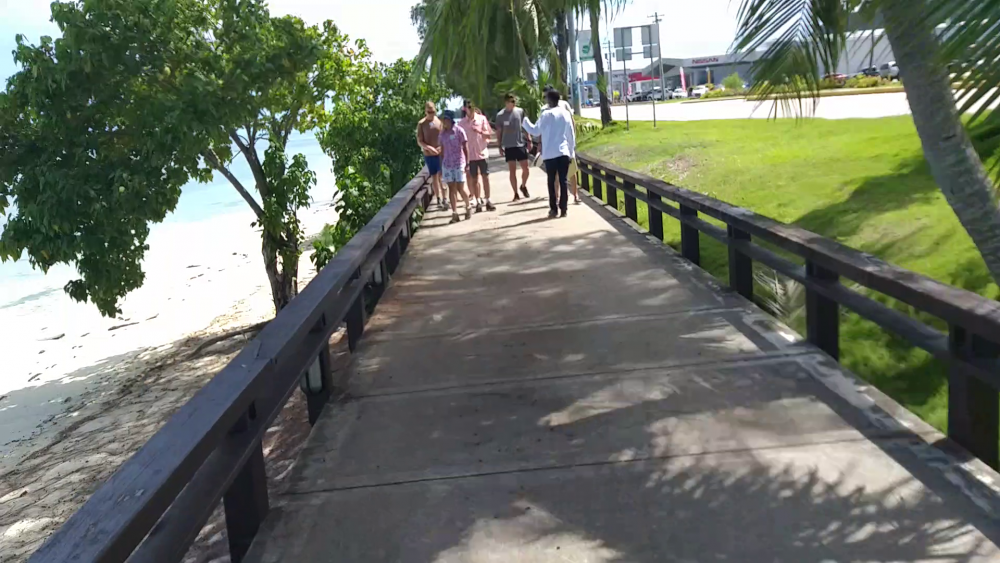 Along the pathway on Beach Road 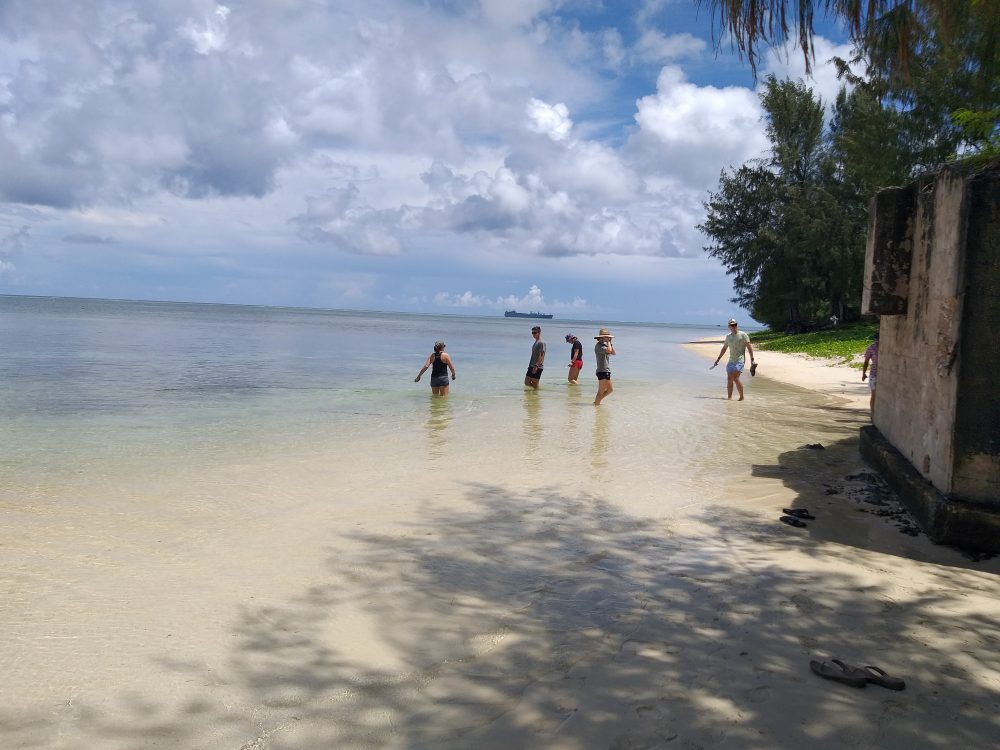 Susupe Park bunker on the beach

We then met up with Eva Chamorita, who agreed to offer some perspective and insight into Chamorro culture. Eva is also a contributor to the recently-published Latte in the Marianas book. 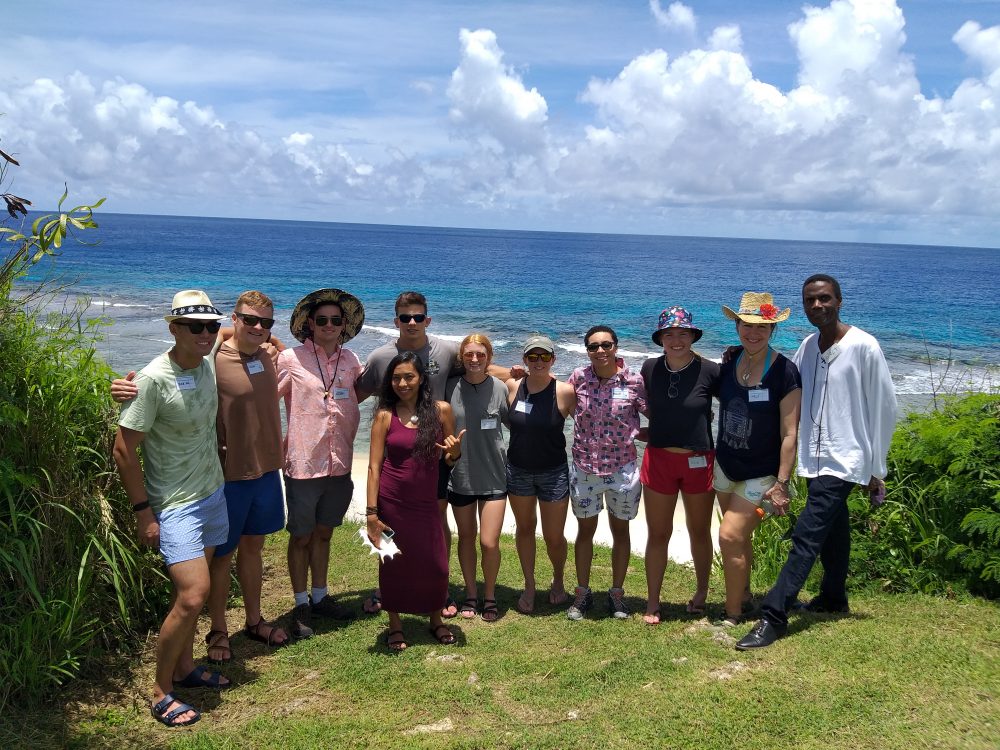 Eva and the team at Ladder Beach

After visiting a few more cultural and historic sites, we made our way to Mount Tapochau. 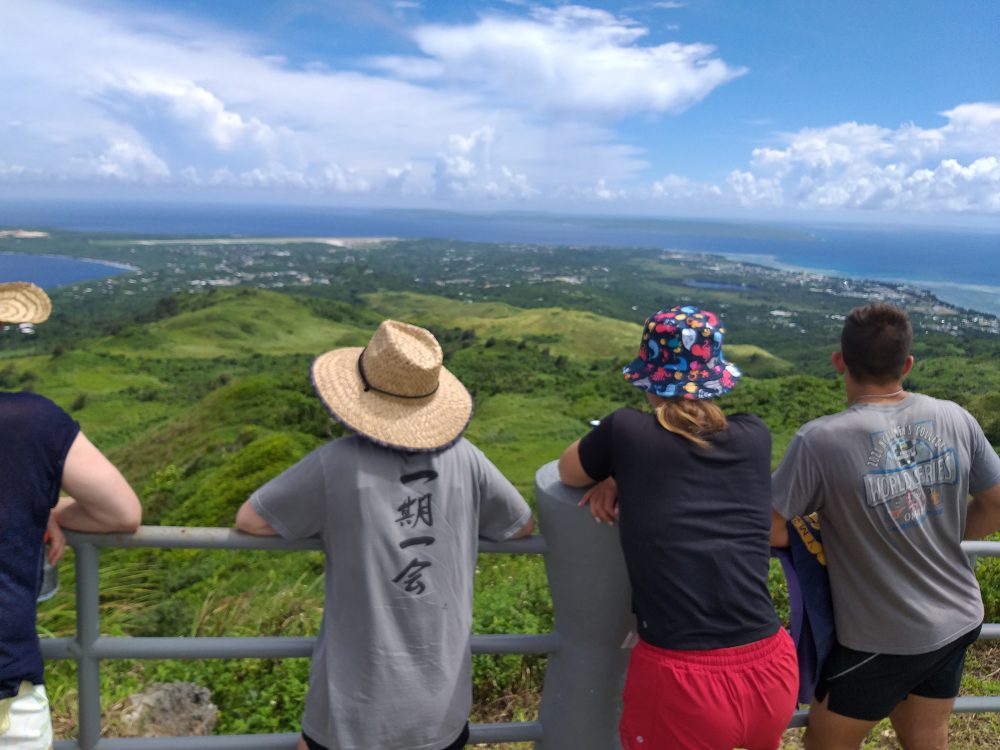 A view from the top at Mount Tapochau 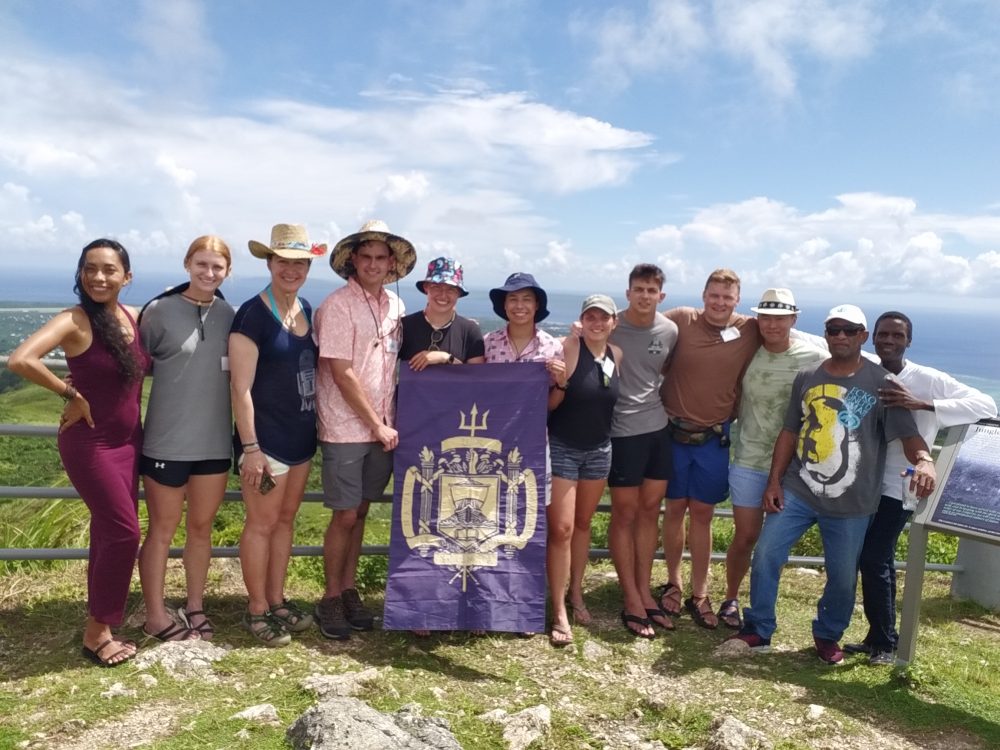 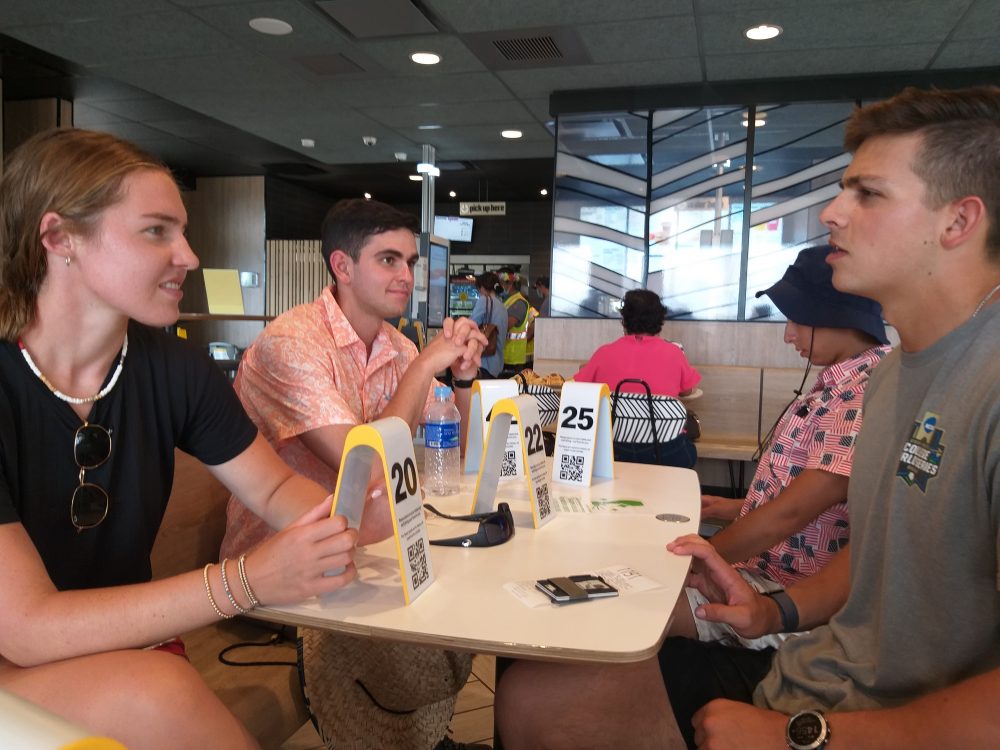 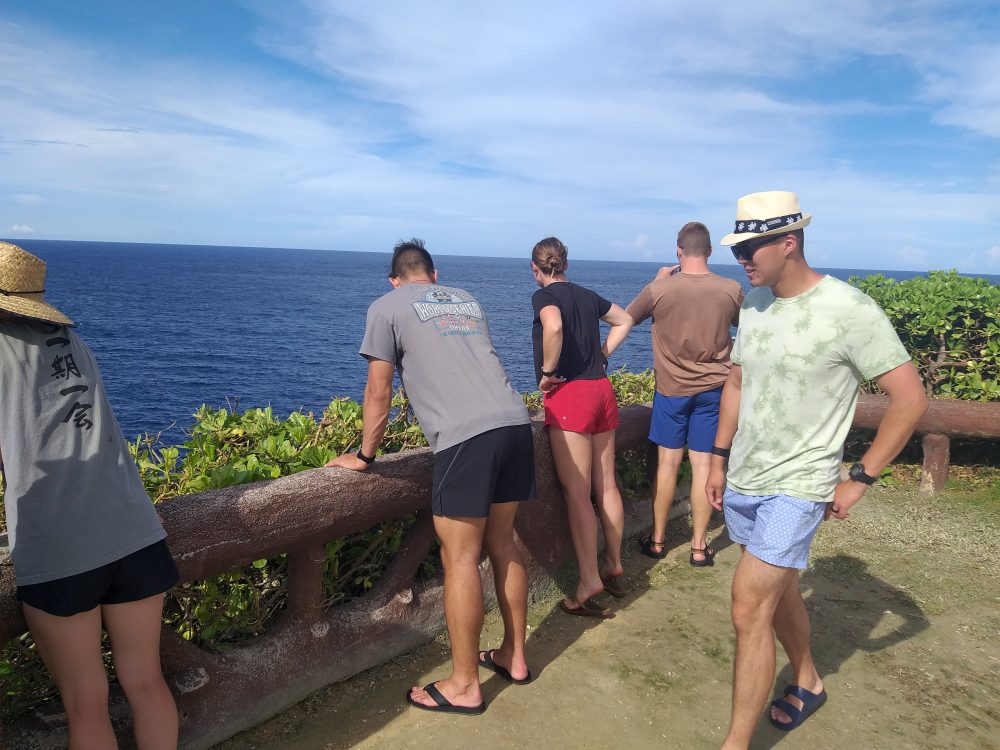 Tragedy and beauty at Banzai Cliff 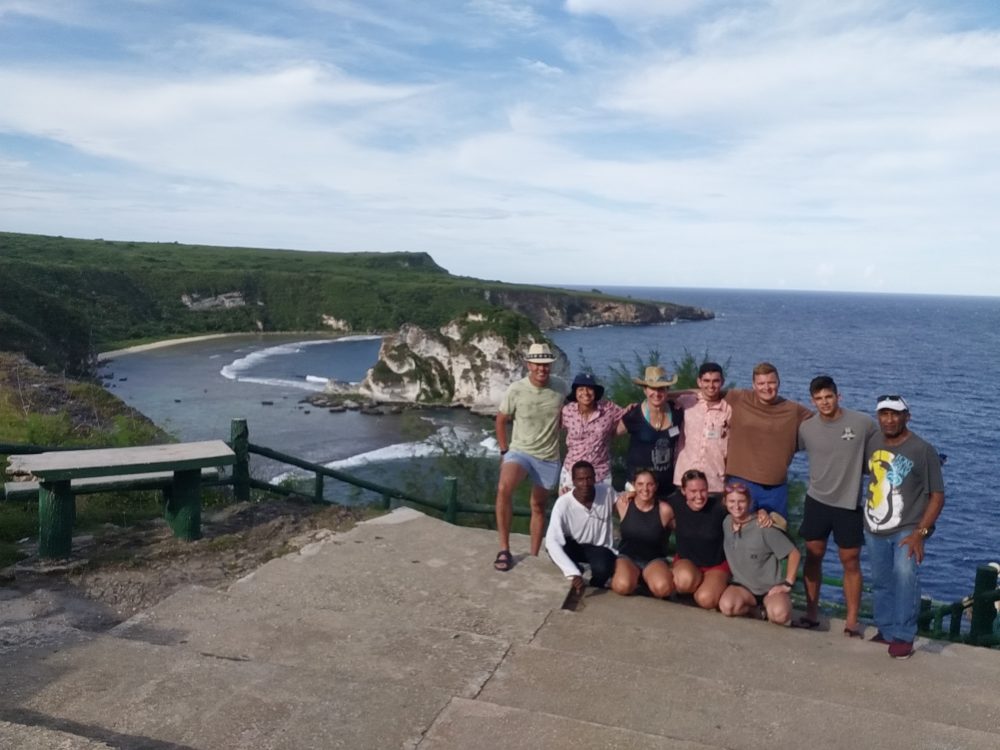 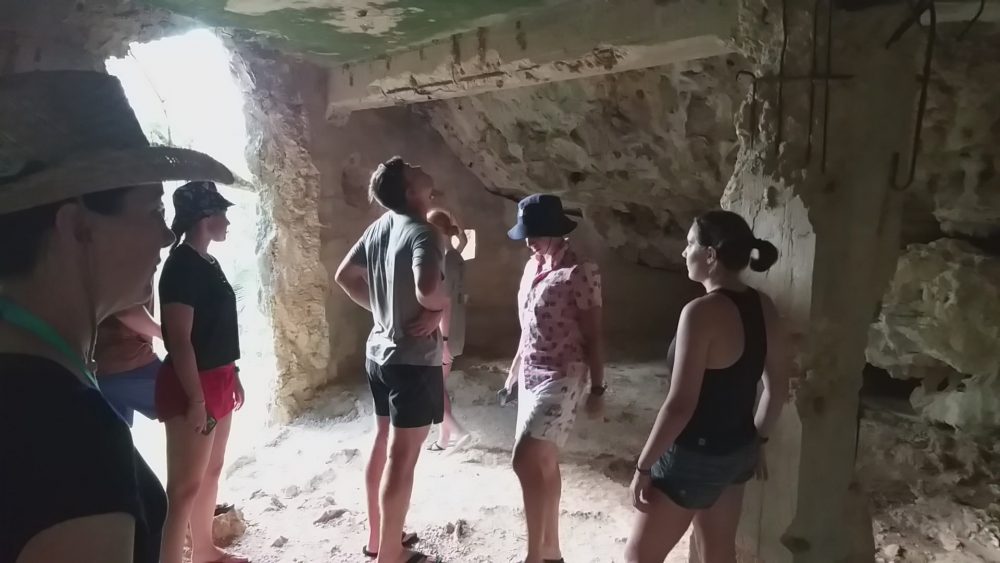 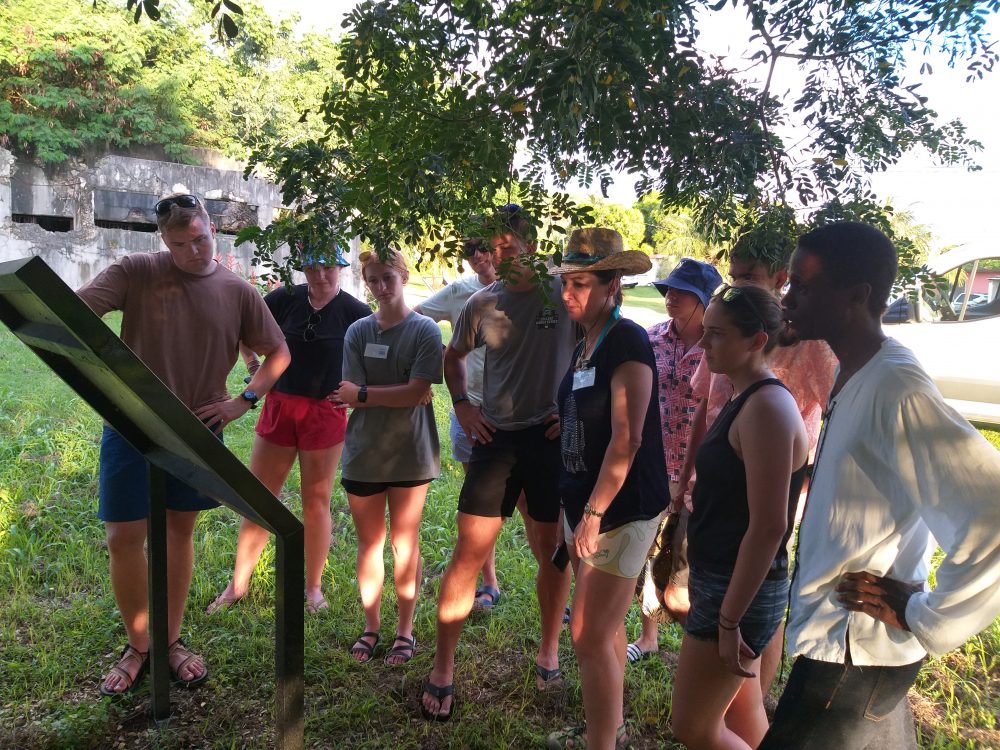 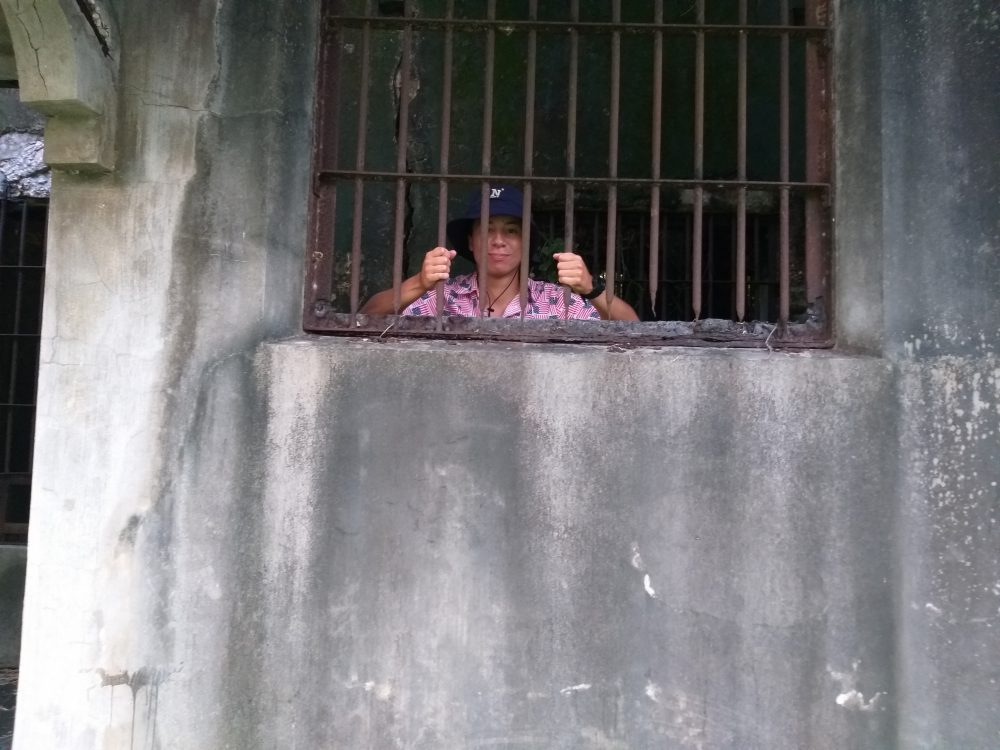 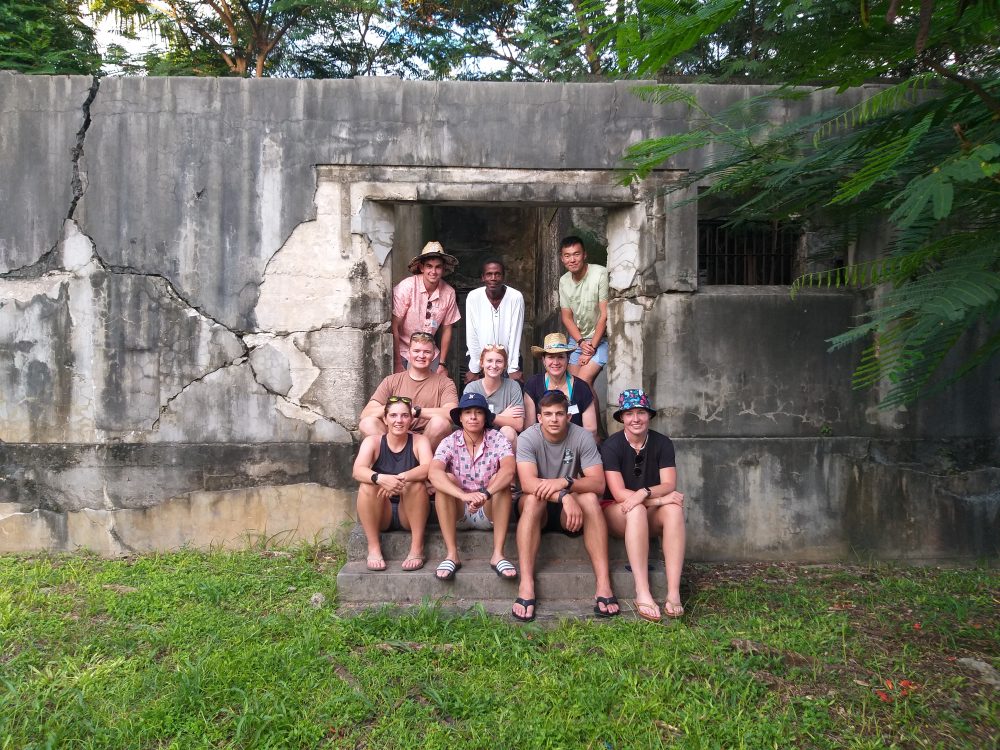 The team at the Old Japanese Jail