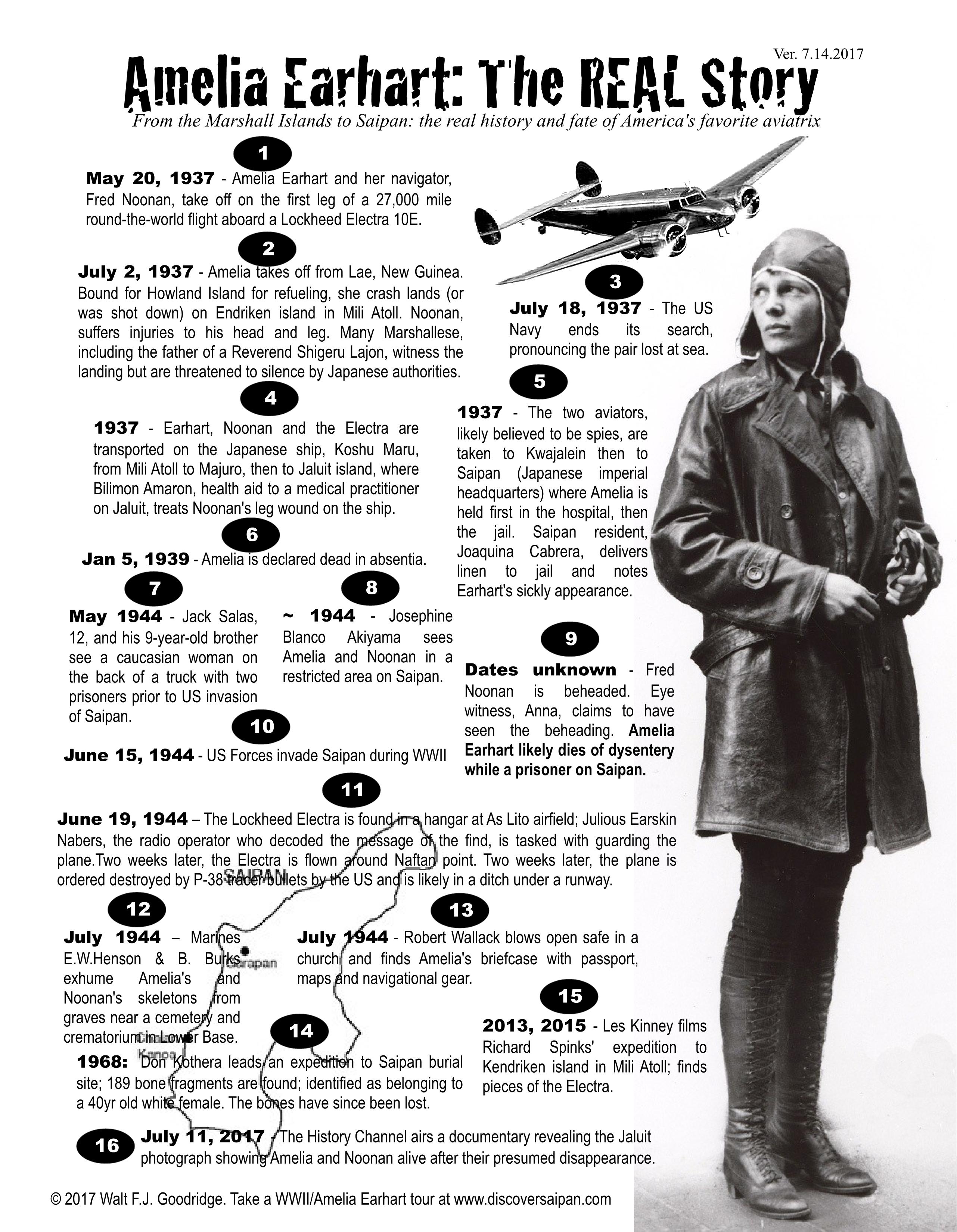 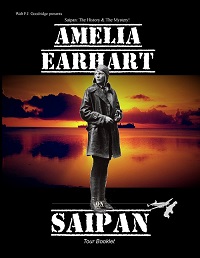 What this is: With all the renewed interest in the Saipan connection to Amelia Earhart's and Fred Noonan's fate, I've created an expanded tour guide booklet for those who've taken my WWII/Amelia tours, those who have yet to, and those who are simply fascinated by her story!
This 26-page tour supplement includes
• Contemporary photos of sites on Saipan seen during your Amelia Earhart tour
• The story, as told by Marshall island and Saipan residents
• Lockheed Electra facts and trivia
• Photos of Japanese era Saipan (what Amelia saw)
• The controversial Jaluit Atoll photograph
• Facts and trivia about life on Saipan then and now
• Photo Gallery of Amelia from infancy to adulthood
• plus: the expanded version of the "Real Story" article/infographic I created for the Marianas Variety

or here via Paypal


Allow 10-14 days for delivery anywhere in the US! Don't be a Saipan denier! Order here

Was Amelia Earhart on Saipan? 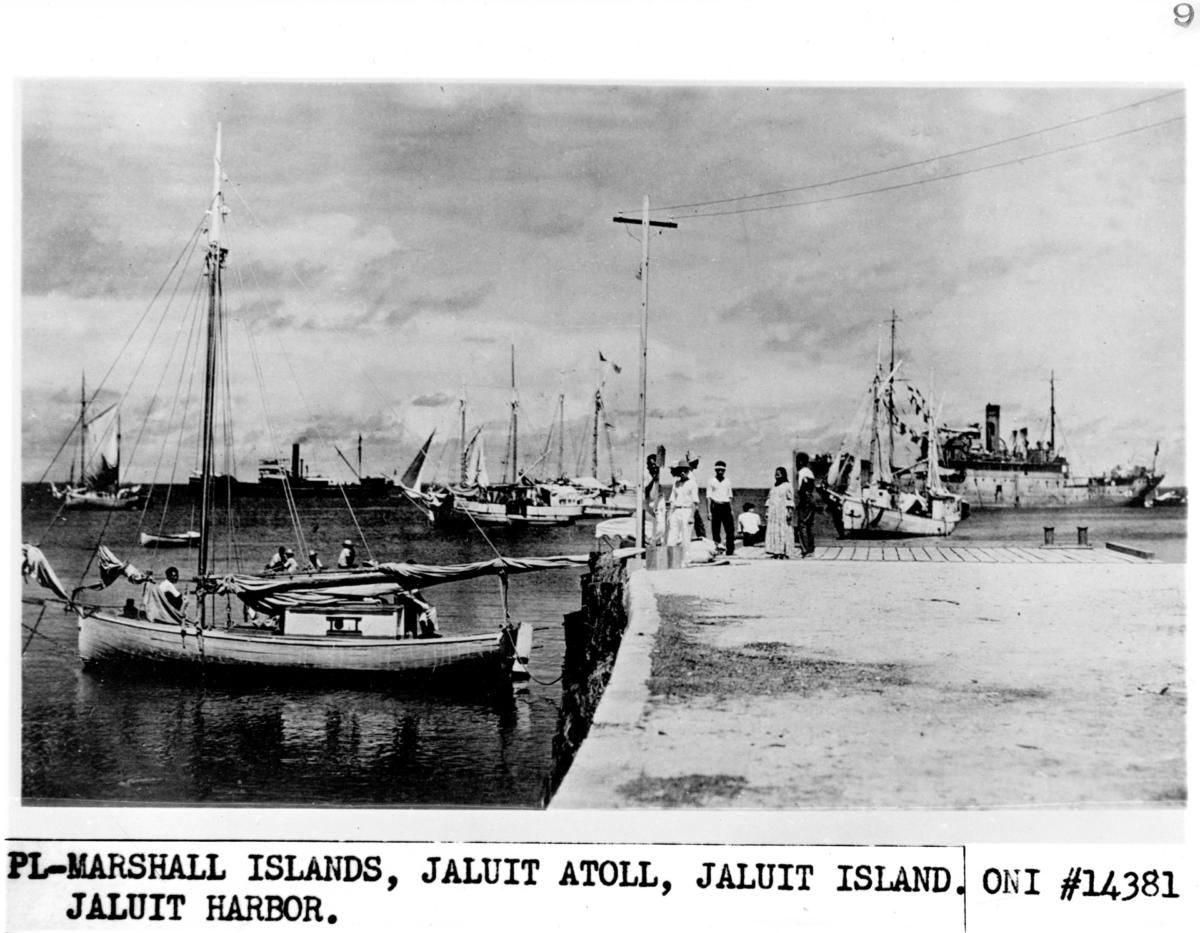 LATEST: Finally! Did you see the latest news on Amelia Earhart! Someone found a new photograph that may indicate what tour guides here on Saipan (namely, me) have been saying: that she survived her 1937 plane crash/disappearance and was actually imprisoned and died on Saipan! As I had hoped and predicted, the mainstream media is now publishing headlines to that effect:
See Amelia Earhart Survived Plane Crash article in the Huffington Post! Amelia Earhart Mystery May Have New Clue In Never-Before-Seen Photo | TODAY

Watch the full 2 hour documentary below

Amelia Earhart Mystery May Have New Clue In Never-Before-Seen Photo | TODAY With all the renewed interest in the Saipan connection to Amelia Earhart's and Fred Noonan's fate, I've create an expanded tour guide's supplement for those who've taken my WWII/Amelia tours, and those who have yet to. This 26-page tour supplement includes - Contemporary photos of sites on Saipan seen during your Amelia Earhart tour - Photo Gallery of Amelia from infancy to adulthood - Saipan photos during the Japanese era (what Amelia would have seen) - Facts and trivia about life on Saipan then and now - includes the expanded version of the "Real Story" article/infographic I created for the Marianas Variety (Includes Marshall Islands and Saipan) See the infographic here: Only $12.95 ($9.95 for those here on Saipan!) Order now: http://www.passionprofit.com/payment/product_info.php?products_id=95 or here: https://www.paypal.com/cgi-bin/webscr?cmd=_s-xclick&hosted_button_id=AJD8C68DU76MY Allow 10-14 days for delivery!
"Amelia Earhart was imprisoned and died on Saipan."
Yes, many people believe it's true.
As we all know, many truths of history and particulary those that involve war are never admitted to the public until years later. (think: foreknowledge of Pearl Harbor; "attack" on Lusitania) And while it may not yet be acknowledged by official government sources at this time, we, many of the residents of Saipan, don't need validation because of the numerous, documented and credible eyewitness accounts, research by experts and historians who arrive on Saipan and then arrive at the unmistakable conclusion: Amelia Earhart was captured, imprisoned and executed on the island of Saipan.

See all the video interviews (with locals, experts, and even the Battle of Saipan veteran who actually held Amelia's passport in his possession for several days after retrieving it from a safe) at http://www.discoversaipan.com/amelia and you'll reach the same conclusion: 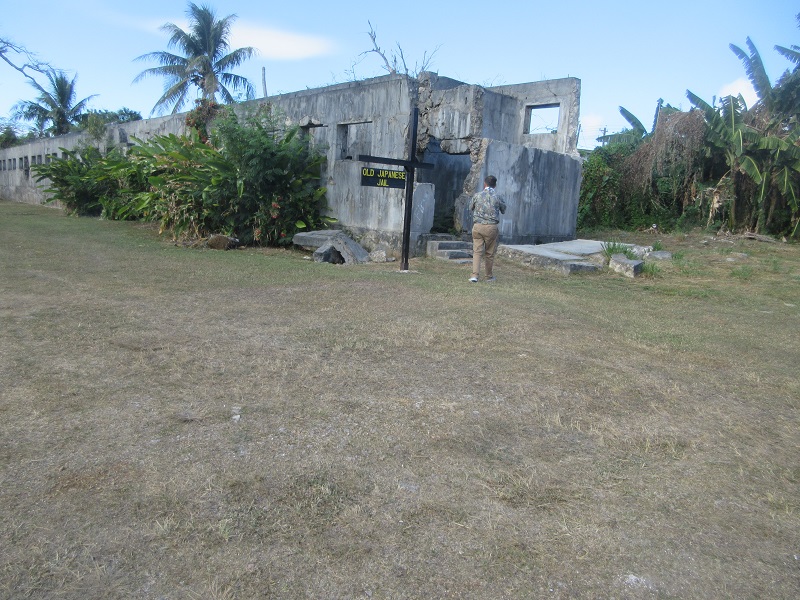 The Old Japanese Jail where Amelia was held prisoner 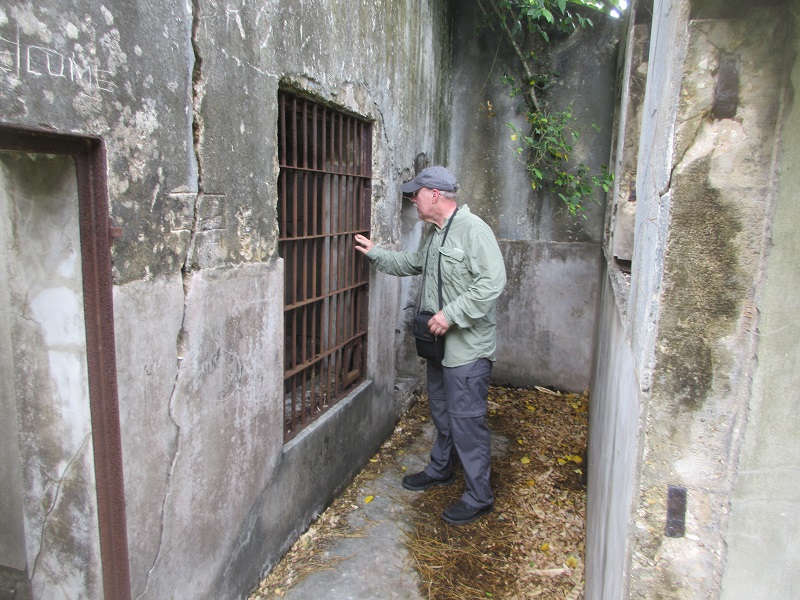 Viewing the cell where Amelia was held 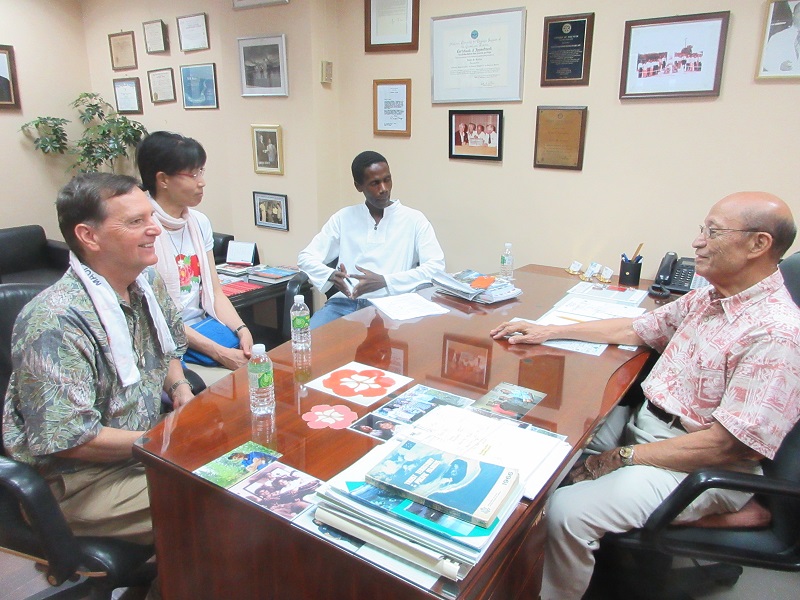 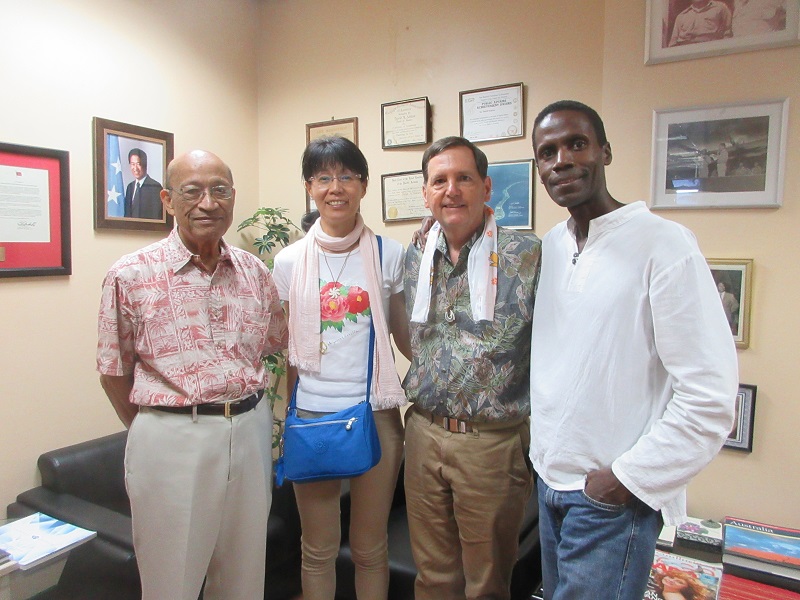 I arrange a sit-down meeting with a recent tour client to ask their own questions of Dave Sablan, long-time Saipan resident and businessman, who has been interviewed by numerous researchers and most recently for the History Channel documentary for his knowledge of the island and insights into the Amelia mystery.

But, enough about Amelia...for now! I'll show you more once you Sign up and get to Saipan!

Don't miss any valuable communication from the DiscoverSaipan.com™ site!


© a company called W. All Rights Reserved.
Designed by Themeum